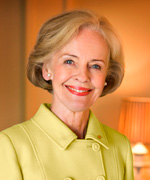 Topic: The Scourge of Domestic Violence

Quentin Bryce reminisced on the history of the Library (she was Library Chair from September 1996 to September 1998) and then talked about the scourge of domestic violence in Australia and the work of the Special Taskforce on Domestic and Family Violence in Queensland, which she convened in 2014. The Taskforce’s report, Not Now, Not Ever – Putting an End to Domestic and Family Violence in Queensland, was presented to the Queensland Government in February 2015 and Ms Bryce has agreed to head a Council to fast-track the remaining recommendations not yet implemented.